Three thirteen-year-olds tell their coming-of-age stories in compelling detail. They left a part of themselves behind for us. If we can imagine ourselves inside the conventions of their time and suspend our own contemporary bias, we will discover the common threads of humanity that run from their time to ours, as well as the differences that time has imposed. 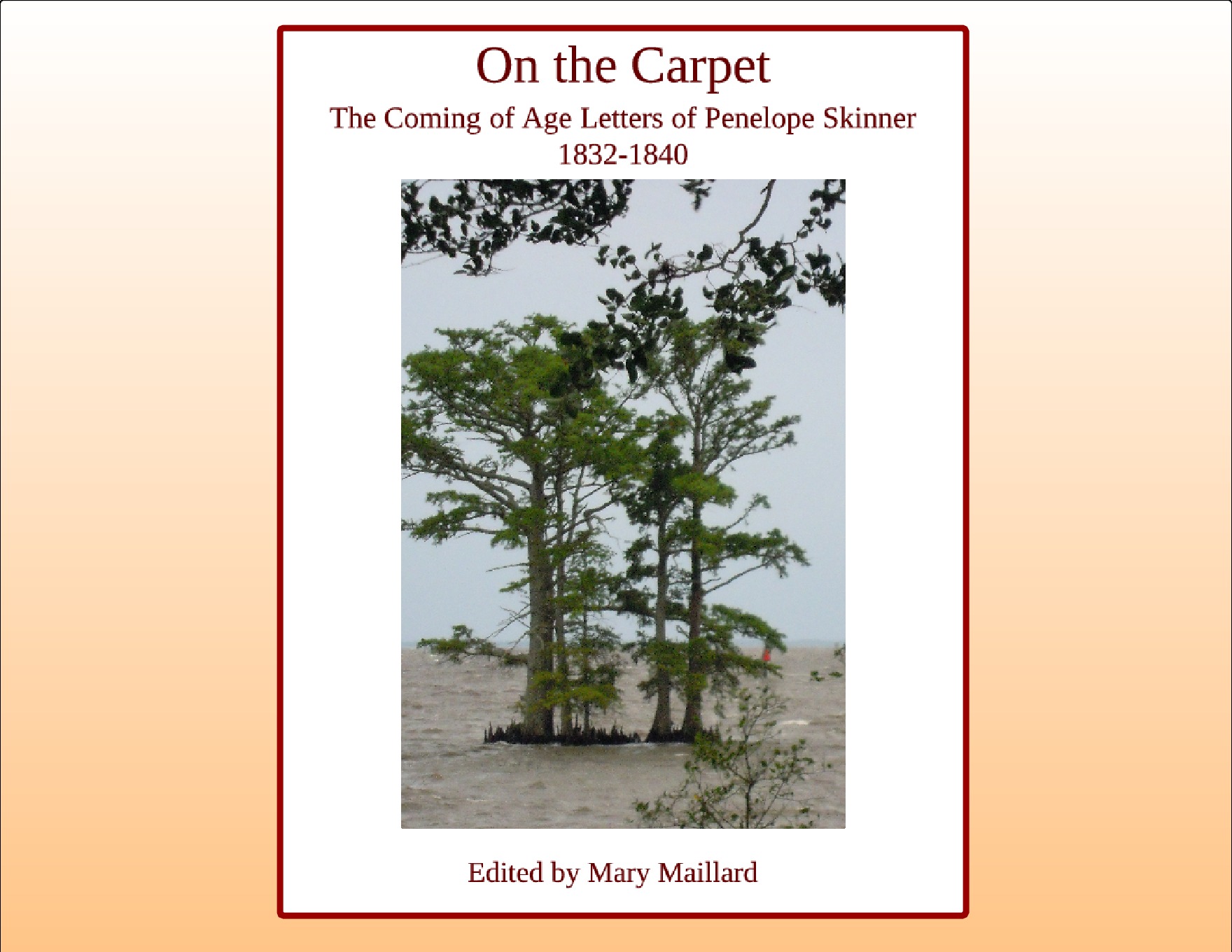 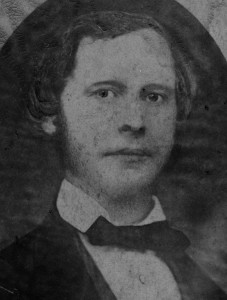 Guided by his father throughout – conducting business in the North and assuming state legislative responsibilities befitting his class – Tristrim evolved into a well-versed, honorable, Southern planter. He ignored his father’s attempts to steer him in the direction of several wealthy marriage prospects and – at the age of twenty-eight – married for love.   These eloquent documents provide an unusually detailed portrait of a future Confederate officer.

Read a sample letter  or purchase the ebook from Kindle iBooks or Kobo. 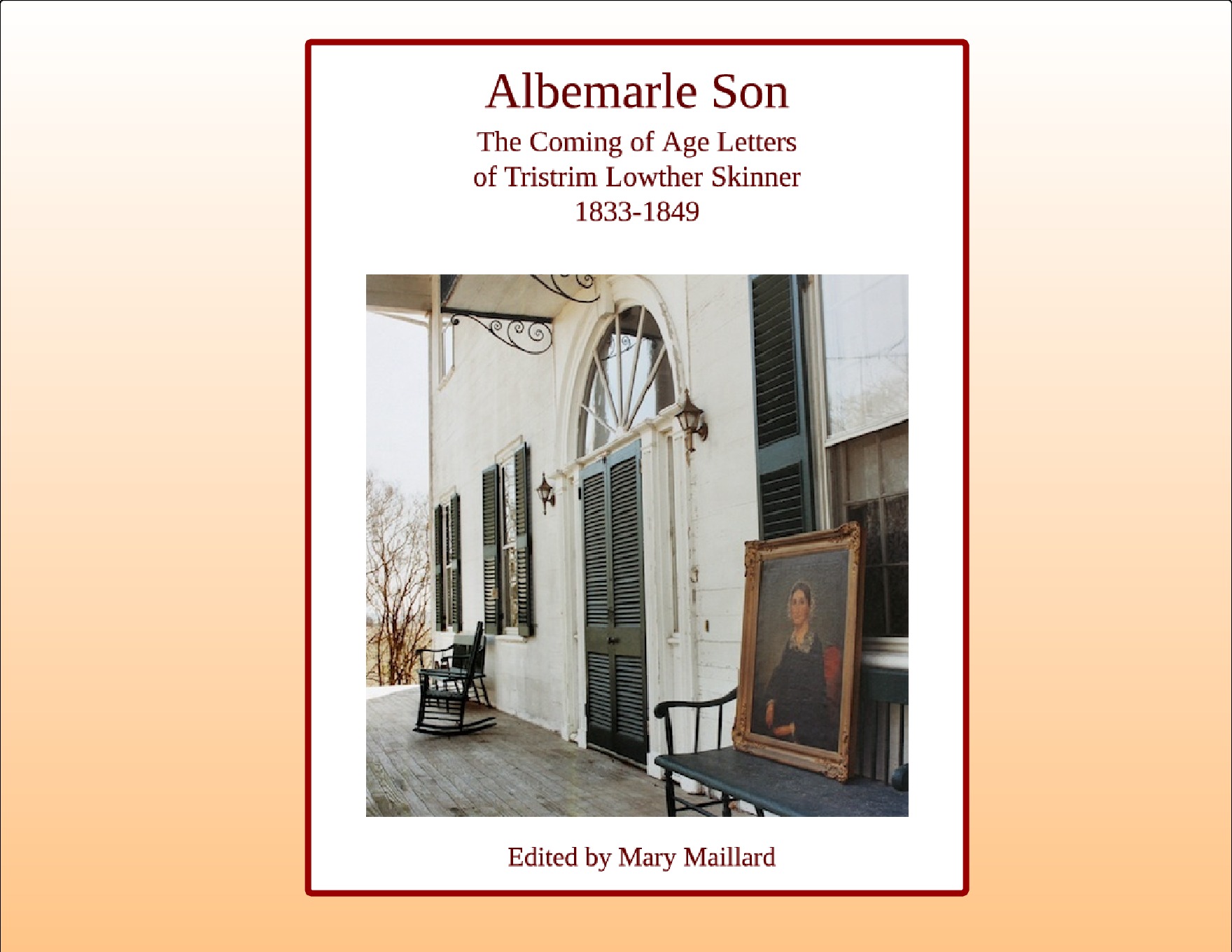 The Belles of Williamsburg 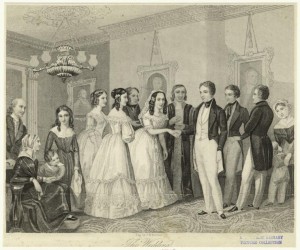 After the Twelfth Night Party in Williamsburg, Virginia, in 1841 – thirteen years old and brimming with hopeful exuberance – Eliza Fisk Harwood wrote her close friend, “Trim” Skinner of Edenton, North Carolina, that she had danced so long she wore holes into her new satin shoes and hose. Their subsequent correspondence charts Eliza’s education, coming of age, courtships and engagement, and Tristrim’s practical education in the management of the Skinner family’s farms. At the age of twenty-one – ten years after Trim had made her a secret promise and sealed it with a ring – Eliza married him and left her childhood home to become a Carolina plantation mistress.

Her detailed letters are a popular masterpiece of social commentary– perhaps the only such record of Williamsburg college life during the 1840s and the earliest surviving record of a teenaged girl’s life in Victorian America. More importantly, the Harwood-Skinner correspondence sheds new light on the complex social, familial, and romantic elements of antebellum courtship in a decade not well represented among available primary sources. Eloquent and considered, the letters are a pleasure to read and would appeal to students, historians, and non-academics interested in the South and its history.

Read a sample letter  or purchase the ebook. 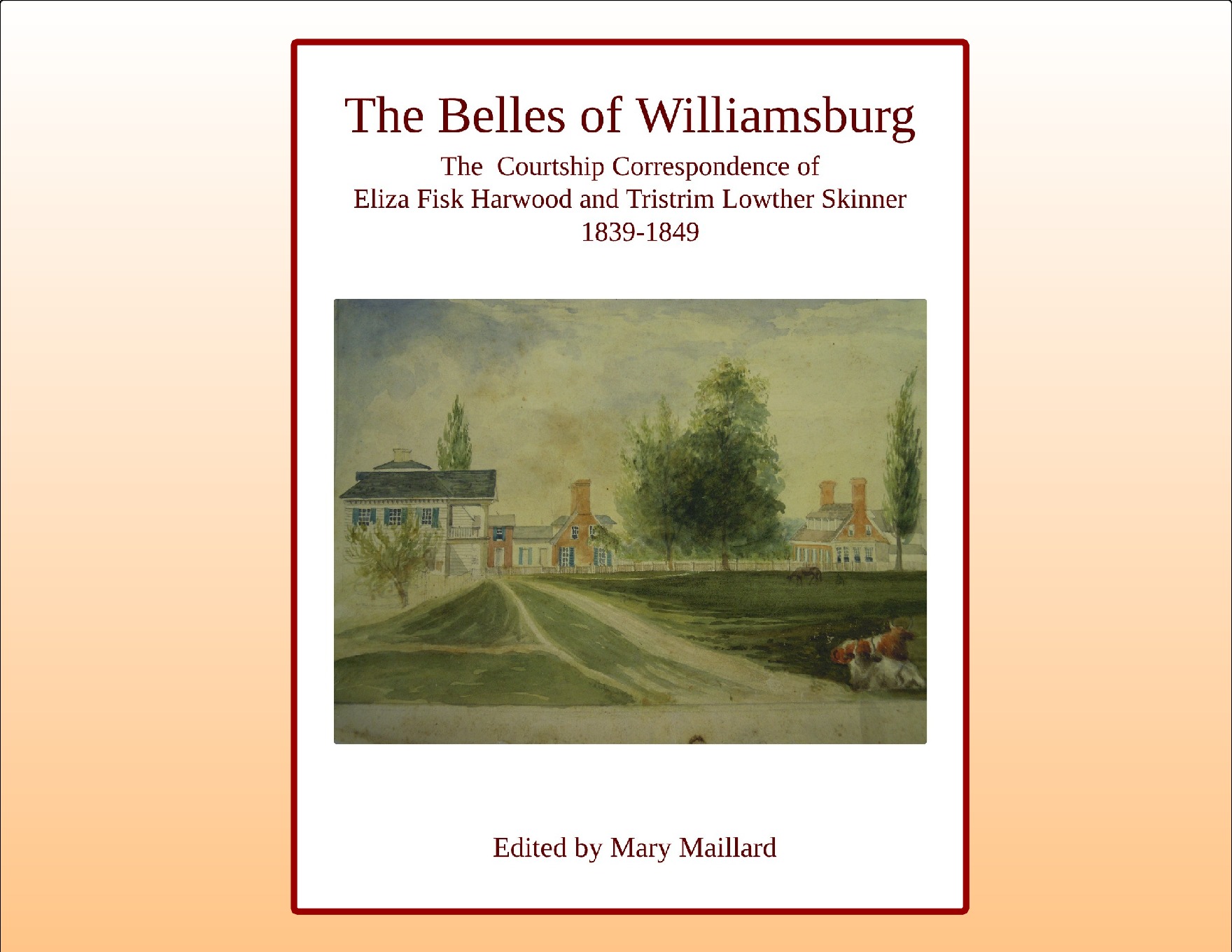 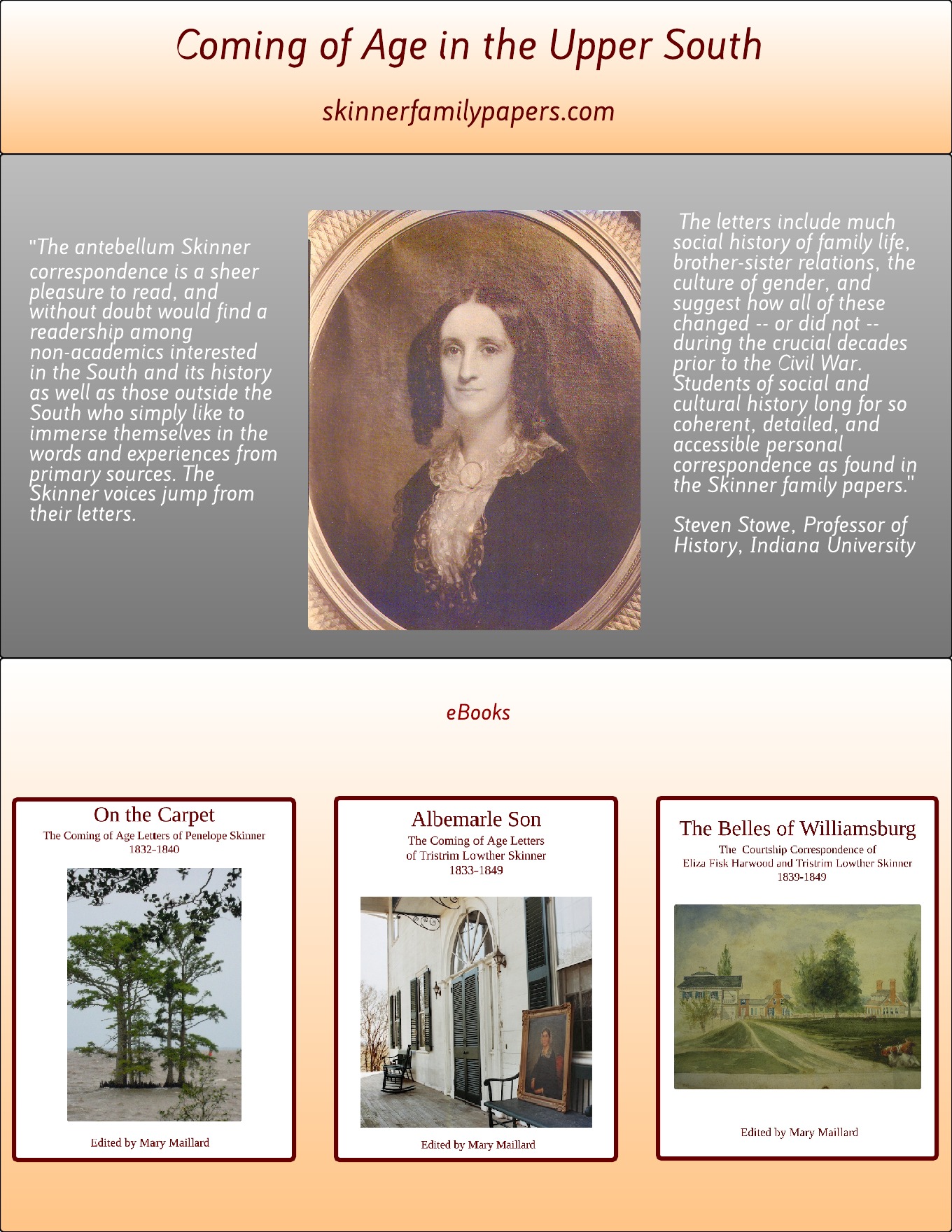