Jenny Lind (1820-1887), the popular soprano known as “the Swedish Nightingale,” toured the United Sates from 1850 through 1851. P.T. Barnum, who organized the tour, discovered upon arriving in Havana that “a strong prejudice existed against our musical enterprise.” Not only were the Cuban residents reluctant to pay Barnum’s high ticket prices, they redirected their animosity for the “Yankee Pirate” towards Jenny Lind. On her opening night at the Tacon Grand Theatre, probably the very night that Dickie Galt attended, Lind was greeted by the thin applause of four hundred theatre-goers – and the hisses of another twenty-five hundred. A reviewer from the New York Tribune wrote, “Some of the oldest Castillians kept a frown upon their brow and a curling sneer upon their lip….The caballeros, the senoras and senoritas began to look at each other; nearly all, however, kept their teeth clenched and their lips closed, evidently determined to resist to the last….By and by, as the rich notes came dashing in rivers upon our enraptured ears, one poor critic involuntarily whispered a ‘brava.’ This outbursting of soul was instantly hissed down. The stream of harmony rolled on till, at the close, it made a clear sweep of every obstacle, and carried all before it. Not a vestige of opposition remained, but such a shout of applause as went up was never before heard.” On that night, Jenny Lind was called back for five deafening ovations. Phineas Taylor Barnum, The Life of P.T. Barnum (London: Sampson Low & Company, 1855), 326-328. 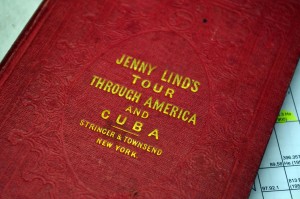