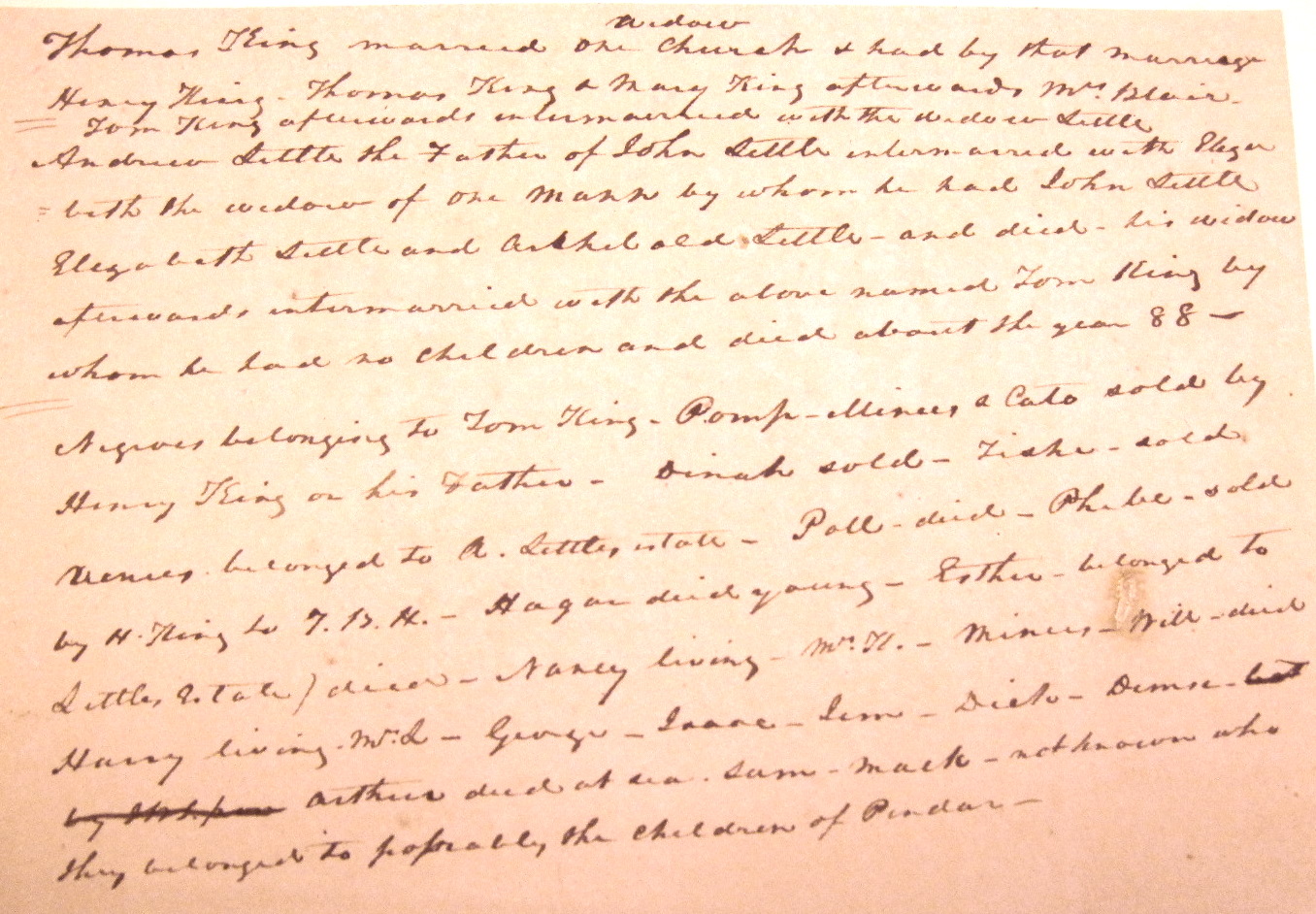 [Some of these names correspond with names listed in the Gabriel Johnston estate and others with names on Joseph Blount Skinner’s slave lists but there is no clear evidence to link them other than the owners’  kinship  to Gabriel Johnston.]

The text of this page is copyright © Mary Maillard.